While idly paging through some of my old PDF copies of Dragon Magazine, I was reminded of the strange variety of articles that used to be printed there. It was far less of a TSR company organ in the earlier days of its run, and for a long time I remember enjoying the issues that I bought or somehow inherited (thanks, Adam!) because of the articles about games other than AD&D.

Anyway, I happened across this old relic and thought I'd share it here, as a reminder of the magazine's early eclecticism (if that actually is a word); from Dragon #44, December 1980: 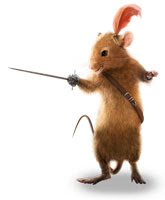 Reepicheep is a halfling-sized, intelligent mouse who walks erect on his hind legs. His fur is dark, nearly black. A thin band of gold passes around his head and under one ear. A long crimson feather sticks out of the gold band. He sometimes wears a long red cloak and is never without his rapier slung from his leather belt. The effect of all this finery is bold and striking.

Reepicheep is the most valiant of all the Talking Beasts of Narnia and Chief Mouse of the realm. He is a courtier and a warrior, companion to Prince Caspian of Narnia, and a hero who won undying glory in the second Battle of Beruna.

Reepicheep is the epitome of a gracious cavalier. His manners are extremely courteous and he retains his nonchalance under even the most dangerous circumstances. Reepicheep does not take kindly to insults or fancied insults and he is likely to challenge the offending party to a duel of honor. If the invitation to a duel is not accepted, he will belabor the offending party with the flat of his sword to teach the miscreant a lesson in manners. Reepicheep is extremely touchy about his short height.

Reepicheep abhors bullies, cowards and villains in general. His reaction to evil is similar to that of a paladin. He also hates unfair fights, and, all other things being equal, he will always side with the underdog.

When Reepicheep was a baby mouse in his cradle, a dryad woman spoke this verse over him:

"Where sky and water meet,
Where the waves grow sweet,
Doubt not Reepicheep
To find all you seek,
There in the utter East."

As Reepicheep says: "I do not know what it means. But the spell of it has been on me all my life." Because of the ambiguous prophecy, or perhaps merely from wanderlust, Reepicheep constantly wanders in search of adventure. Usually he journeys eastward, but wherever he travels he upholds his honor in battle, befriends the needy, and defends the helpless.

Another thing I always remembered about old AD&D material was how ridiculously inflated the ability scores were for characters adapted from fiction. Reepicheep has 18/01 Strength?! And check it out: Dex 18/52 and Con 18/37. I've never seen any ability score aside from Strength go into 18+ percentiles, but Reep's got two. I mean, I know he's cool and all, but I have to question the reasoning behind these stats.

So not only could you have Reep show up in one of your games to spank down your uppity PCs, but with this issue of Dragon you can also settle the age-old locker room question: Who would win in a fight - Reepicheep or Professor Challenger? (Clue: He's a 16th-level Fighter with "special Sage abilities" and a Strength of 18/90.)

I remember from the setting, though, was the way monsters were conceived. 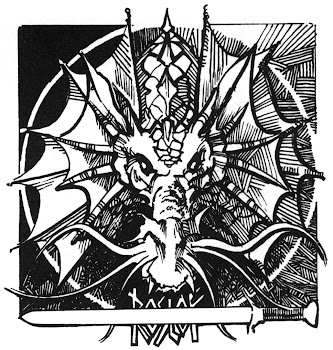 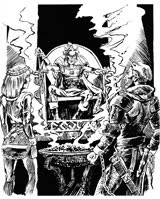 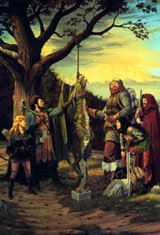 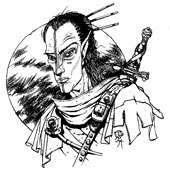 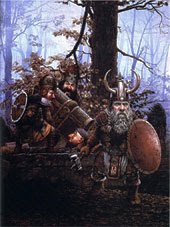 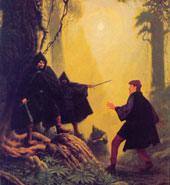 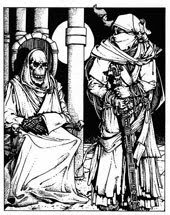 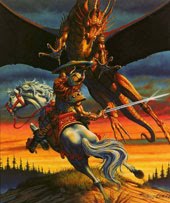 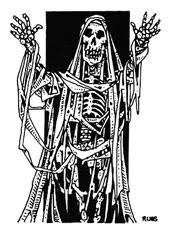 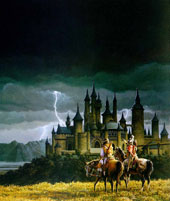 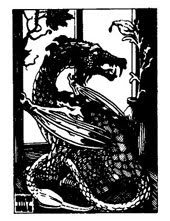 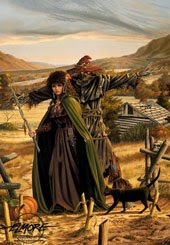 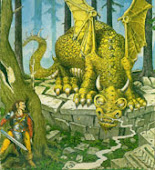